“The results of previous excavations in Qale-Rostam that constitutes some satellite sites of the [UNESCO-registered] Burnt City confirm its people had acquired expertise and knowledge of making instruments some 5,000 years ago,” ISNA quoted Iranian archaeologist Hossein-Ali Kavosh as saying on Wednesday. 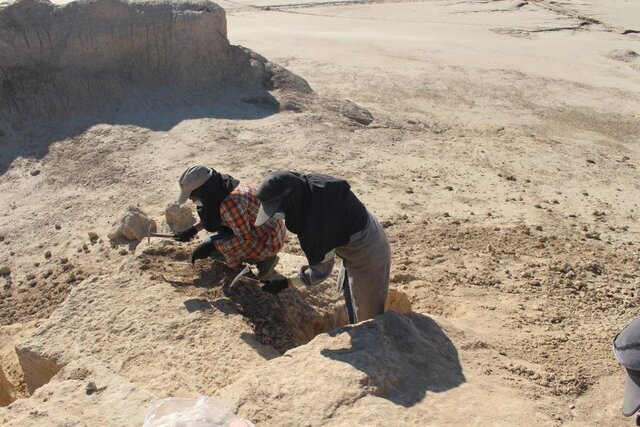 Kavosh said his team has just commenced a fresh survey in Qale-Rostam to shed new light on the history of human settlement in the site which is situated in the Sistan domain of the Sistan-Baluchestan province.

“Two trenches measuring seven by 10 meters will be dug to probe potential relics and evidence in a depth of ten meters below the surface.”

The site is built on an artificial hill whose architectural structure has a circular barrier with high walls around a large central building, Kavosh explained.

This archaeological season is aimed to shed light on earlier discoveries of craft and residential accommodation, as well as teaching archeology students about the ancient site, he said.

“Relics including pottery and other data which have previously found in this area are connected to the Burnt City, revealing its importance in the Bronze Age, which is about 5000 years ago.”

According to the excavations, it appears that this was a sacred building, whose function during the Bronze Age can be identified through further excavations and a full reveal of the building from beneath the ground, he noted.

In December 2021, a team of Iranian, Italian, and Serbian archaeologists discovered new clues about life in Burnt City. They unearthed novel traces of prehistorical settlements during the 19th archaeological season which is still underway at the UNESCO-designated site.  “Like previous [archaeological] seasons, we have unearthed a significant number of figurines,” according to Iranian archaeologist Hossein Moradi.

Called “Shahr-e Sukhteh” in Persian, Burnt City is associated with four rounds of civilization, all burnt down by catastrophic sets of fire. The site is situated in Sistan-Baluchestan province, which was once a junction of Bronze-Age trade routes crossing the Iranian plateau.

Founded around 3200 BC, Burnt City was populated during four main periods up to 1800 BC. Previous rounds of excavations showed that its residents had great skills in weaving, creating fine arts such as decorative objects, stone carving, and pottery painting.